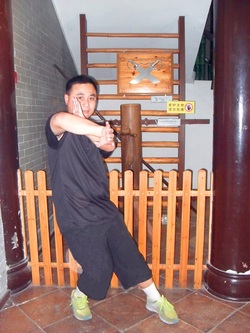 He had also trained under 2 other Sifus in the Sum Nung and Ip Man Wing Chun Systems for short periods of time in Singapore.

Instructor Raymond regularly travels back to China to train and learn new arts to continue to better himself. He trains harder each trip and never fail to try achieve a even higher level of proficiency in this art.
Instructor Raymond had quite a rich experience in few martial arts since young. His very strong physical foundation, experiences, vast knowledge especially in various traditional Chinese martial arts and coaching experiences over the decades had enabled him to pick up the system swiftly and coupled with his coaching exposures had elevated him onto the instructional stage within a short few years.
Instructor Raymond  started his Wushu official training in 1979 at the age of 12 from Sifu Loh Joo Han （卢子云师傅），a renowned master in Xing Yi Quan（形意拳）and Liu He Ba Fa（六合八法）in South East Asia，learning the Northern Shaolin Martial Art（北少林拳）in school for 5 years. He was also trained in the southern art Zhou Jia Quan / Jow Gar Kuen（中外周家拳）under the tutelage of Sifu Peter Liew Chin Khoon（刘镇坤师傅）and Taekwondo. While Northern Shaolin laid the foundation in his kicks, Jow Gar Kuen laid the foundation of his southern style especially in stances and footwork.

Through the years，Instructor Raymond had won multiple Overall Champions in Southern Style （南拳类三项全能冠军）at the Singapore National Wushu Championship（全国武术锦标赛）winning over more than 100 competitors in each of the 3 events. He also participated and fought in the National Chinese Sanda Tournament in 1990 and was enlisted into the National Team in 1991 and represented Singapore in a few Regional Events and won numerous  medals for the country. At the same time，he had attained the National Wushu Instructor License awarded by a panel of senior judges consisting of masters of various Chinese Martial Arts styles in Singapore，the youngest in history at that time. 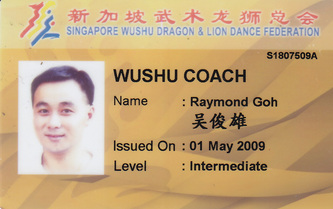 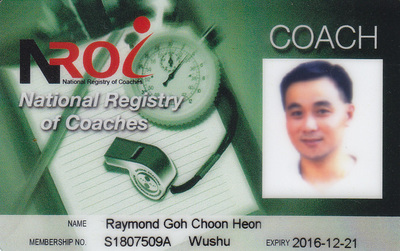 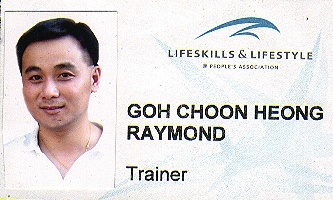 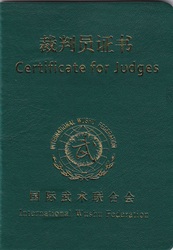 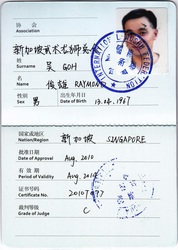 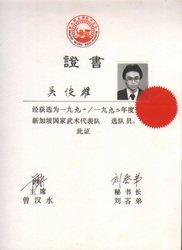 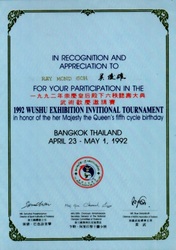 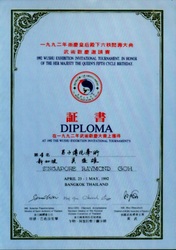